Vaccine passports: A ticket out of COVID-19? 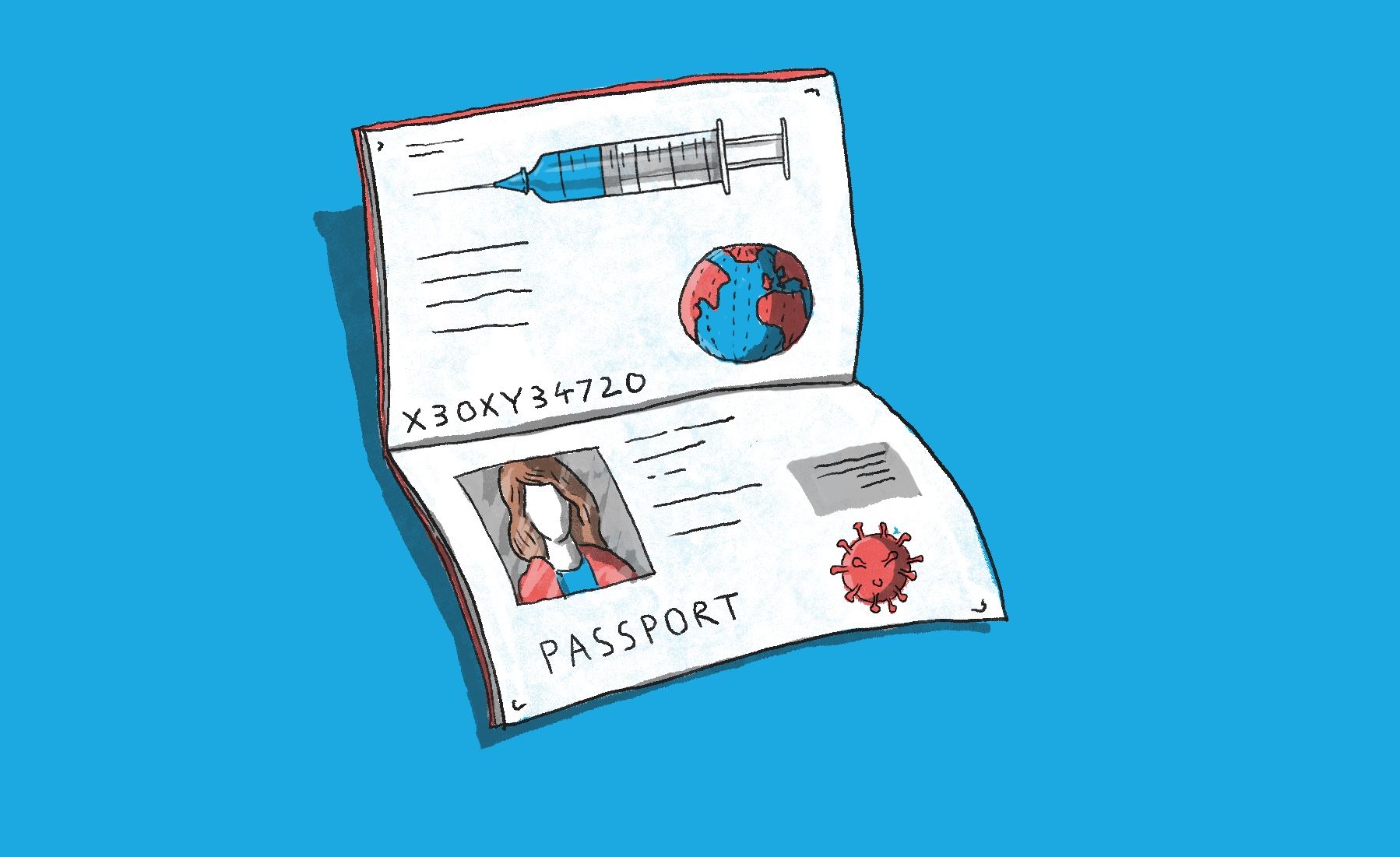 We’ve had just about enough of being stuck indoors now, but how soon will we be able to get back to doing the things we love and how could a vaccine passport help things to open back up safely?

“Vaccine passports”, “immunity certificates” or what the UK government are calling a “COVID status certification”, may be a way for people to prove their immunity to COVID-19, either via vaccination or natural antibodies. The idea is that they would open up opportunities for people to resume international travel or activities that involve close contact, like going to the pub or a nightclub.

The concept was discussed for natural immunity in the early days of the pandemic for those that had contracted and recovered from COVID-19, but it was decided that antibody tests wouldn’t be reliable enough to make this viable. Now, with the vaccine roll-out at full steam ahead, the debate has reopened.

After a long locked-down winter many people are keen to know whether they will be allowed to get away for a summer holiday this year. For those living abroad, many haven’t seen their families for months.

Last month Boris Johnson suggested that the UK may be able to use vaccine passports as a means to permit international travel. This is currently under government review and a decision will be announced in June - just in time to squeeze in some summer sun (for those with a vaccine passport).

Other countries have similar schemes

Israel, who managed to vaccinate more than half its population by mid-March, has developed an app based ‘Green Pass’ scheme which automatically activates a week after users have received their second jab. It allows people to access leisure activities like gyms- venues that are still yet to re-open in the UK.

The European Commission is exploring a similar idea of a ‘Green Certificate’ to open up travel within the EU. This would include information on vaccinations, test results and whether the carrier has any natural immunity to COVID-19. Denmark, Iceland and Estonia are also developing vaccine passports.

Discussions around vaccine passports, or immunity certificates, are mainly focused on the idea of an app-based system, and there is already speculation about whether this kind of feature could be incorporated within the NHS’s existing contact tracing app.

Moai will let users request a health-authority-approved immunity certificate within the app. Upon verification of their immunity history (including vaccines and natural immunity), the health authority will generate a custom certificate with an expiry date computed from the immunity record.

The user will receive a personal QR code (their immunity passport) which will prove their COVID immunity status. This can either be used as a digital pass or printed out. The verifiable QR Code includes a digest a one way function that is practically infeasible to invert) of the user passport, driving license or ID card. Our engineers have designed this solution to be fully privacy-preserving, it does not require any personal information to be stored by Moai.

A separate, easy-to-use and efficient verification tool helps venue owners keep their premises COVID-secure: allowing customers’ status to be verified via a quick scan of their ID and QR code with a dedicated, easy to use website. No need to install an app.

The debate around vaccine passports is ongoing. It does seem that this kind of system would have benefits for reopening the economy, managing health and social care workers, and enabling people to reconnect again - something desperately needed by many.

But there are also concerns that this kind of system is unethical and could create inequalities. Arguments include the fact that certain groups are prioritised for vaccines, take up varies in different communities, and that it would not be fair for employment opportunities to exclude those without a vaccine passport. Another challenge is immunity duration - it’s estimated that immunity lasts less than 12 months, so any kind of certificate would need to be reassessed regularly.

Without further research, it is also unclear what kind of danger there is for a group of vaccinated people mixing. Until we know more, we will have to continue to learn as we go, while trying to protect as many people as possible.